Ben with a pipe.

Greenbelt - I'm Going, Are You?

Greenbelt is an awesome festival of music, art and faith taking place over the August bank holiday weekend (25th - 28th August) at Chelteanham Racecourse.
Are you going?

"There might seem to be a huge gulf between a Suffolk pig farm and a racecourse in Cheltenham, between the Jesus People’s Lonesome Stoneseventies musical and a dancing Archbishop Rowan Williams celebrating communion with us, between 1974 and 2003. But the Greenbelt story collapses such differences."
(I was there then, dancing right next to the dancing Rowan Williams!)
Posted by Unknown at 10:45 0 comments

Email ThisBlogThis!Share to TwitterShare to FacebookShare to Pinterest
Labels: faith
I've got a new laptop! Yes, it might be a little outdated and not quite so handy as the modern kind, but it still works despite having been salvaged from a local skip. It even goes 'ping' in an incredibly satisfying way!! 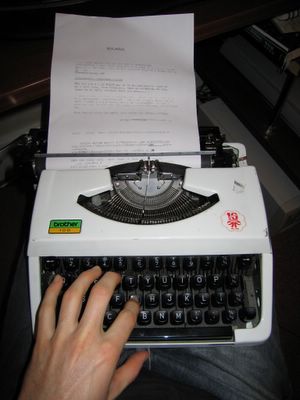 Posted by Picasa
Posted by Unknown at 00:09 1 comments

Email ThisBlogThis!Share to TwitterShare to FacebookShare to Pinterest
Labels: dyslexia
Umm, sexy! I caught this design outside the Southampton Universtity Staff Club. The main comment is: "NO! Surrounding any punchy caption in an explosion-esq spiky red slodge does not make it look fun and/or exciting" 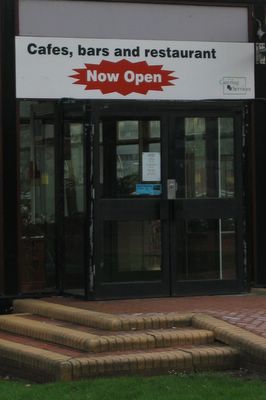 Posted by Picasa
Posted by Unknown at 00:01 0 comments

Email ThisBlogThis!Share to TwitterShare to FacebookShare to Pinterest
Labels: design

Shots from the garden

Close up of some due on a blubell bud. 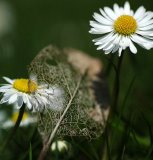 The daisy and the leaf

Mozart's Marriage of Figaro just came through on my Windows Media Player random classical play list and it blew me away. That Mozart is just a don, a god almost, of classical music. I can't begin to imagine what it must have been like to hear his music fresh when he was alive - like witnessing Salsa dancing when you've grown up in a culture of barn dances.
Posted by Unknown at 10:58 0 comments

Email ThisBlogThis!Share to TwitterShare to FacebookShare to Pinterest
Labels: music

This is an abstract of a swan ice sculpture at a wedding I went to last summer. I'm blogging this from Picasa but I don't think it's as good as when it comes through Hello! Oh well.

Those lovely folks at GoogleTalk

Damn it I love Google. This here is a lovely little story on the GoogleTalk talkabout (their blog).

What do you mean you've never heard of GoogleTalk? You mean you still think msn Messenger is a good idea?

GoogleTalk is Google's own IM and quality Voice Over IP software. Sure it doesn't have all the features of Messenger (thankfully) and you sadly can't set up conference calls (yet...). But it's Google. It works. It's beautiful. And it now has the feature to add a personal icon (some of which are pretty cute).

Go get it now and then get me on your list.
Nick
Posted by Unknown at 09:20 0 comments