Work is going well this evening. Time still seems to be pottering by at a rate, but I'm getting words down onto paper. I've only had an hours sleep in the past 43 hours, which is kind of strange. I can feel the stress in my brain, and tension in my neck but I'm not really that tired. I remember the last time I did this in my fourth year GDP project - on the third day my body gave up being tired and simply started aching instead.

I've certainly noticed my mood change. While I'm still quite jovial and bright, my general background mood is much more depressed than yesterday evening. I'm still happy to bound up the corridor (still can only make it in 13 leaps) but somehow my hope and excitement for tomorrow is faded. It's almost as if the future has been closed off and I'm left here now, mostly content, but somewhat suspicious about tomorrow.

As my brother used to tag: "the light at the end of the tunnel has now been switched off". 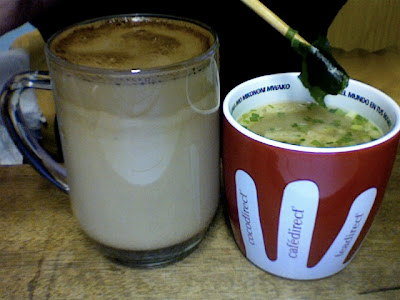 Pint of coffee and a miso soup

Email ThisBlogThis!Share to TwitterShare to FacebookShare to Pinterest
Labels: PhD

Since sunrise the building has become populated again. First the cleaning staff, then the real keenies and now more normal folks who simply like to get in early. I did have a little hours nap on my desk, so I'm feeling refreshed and ready to go.
Posted by Unknown at 08:38 0 comments

Email ThisBlogThis!Share to TwitterShare to FacebookShare to Pinterest
Labels: PhD

Time really does seem to be escaping me. I'm stuck into doing data manipulation so that I can find out what my results are actually telling me. Then I need to tell my paper what the results have told me. Maybe a beer will oil the cogs... 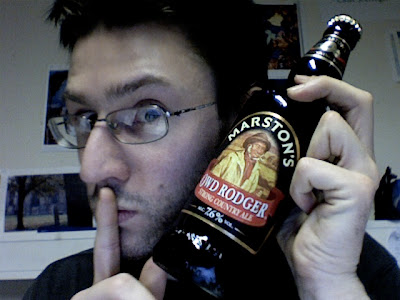 Security arrives at last. 1:48 am this nice security guard called James (at lease I think it was James, it was a beige-yellow name at least*) stopped by to check my Out of Hours form was in order. Therefore I am now authorised to be here all night. It's getting late (or is that early?) surprisingly quickly. It's 2 am already and I've not really got much started yet. (No, it's not too much blogging - time just flies when having fun) 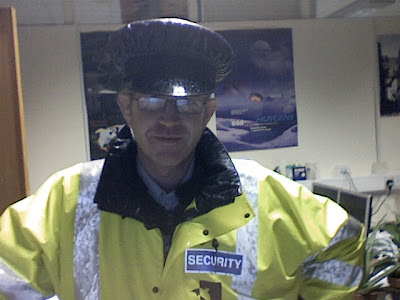 Halt! Who goes there?

Bloody hell. I did actually find yet another bug in my simulation which was acting as a memory leak. That is now fixed but I'm going to be working on slightly more coarse data due to time limitations. I'm currently building my second data set for comparison.

In the last hour I've mostly been fiddling in order to get my iSight built in webcam to work as a video camera so that I can hopefully take you on a little stroll of the building later in the night. I've also drunk a pint of crysantemum tea. Not much to report really. Though oddly enough security have not come past yet (usually they seem to turn up at about 12:30). 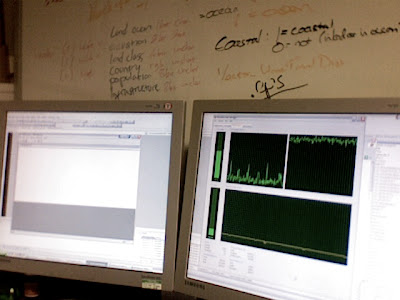 You join me tonight as I proceed to work throuhg the night writing my paper for an upcoming conference. Today I finally made the breakthrough which allows me to generate the results for said paper. Meaning I can now get on an actually write the results and conclusion (the into and methodology are done).

But quite frankly that's of no interest to you. No. Me neither for that metter. No, what will be more interesting and really cook your noodle, is what will happen over the course of the next 7-10 hours. What will I learn, what crazy things can I find to do in this building in the wee small hours. Can I find any other friends to make? I'll try and blog each hour with a photo if I can.

For one thing I've already found that my office is 16 leaps from the toilet - can I beat this target? 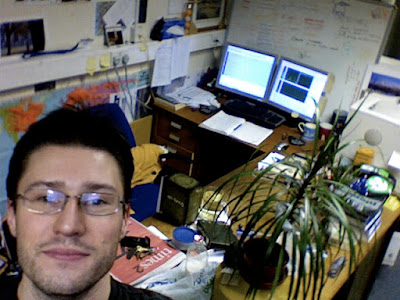 Who needs LSD when you have an imagination like mine?

Many moons have I waited for this day. I remember seeing the rush of people buying the Fellowship DVD's when they first came out all those years ago. But I waited. Then I looked on at amused their dismayed faces when, just before the second film was released, the Fellowship extended edition box came out and they had to buy that. But I waited. Still further, as the Two Towers DVD appeared and went, I waited. And sure enough out came the exvended edition and yet again these poor hapless souls forked out for that too. By this time I was sure there would be an extended edition boxed set and so still I waited. The third film, third DVD and third extended edition came to pass, and still I bided my time. Then, finally the boxed set was released!

But at 60 odd quid I though it best to wait a little while longer. For a few months it harboured, festered almost, in my Amazon wish list, untill one day, as I loged in to my shopping basket I was presented with a notice saying that the boxed set had dropped in price by £7.

And so here I am, master of delayed gratification, finally with the boxed set sitting on my desk. It is a many splendid thing and I look forward to delving into it's depths (though I've caught glimpses here and there of the various bits (yet never actually seen The Return extended edition). 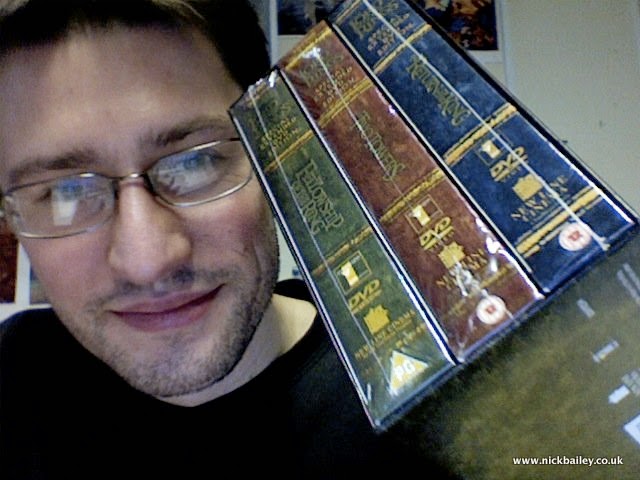 My geek status has been enhanced

A little ale to help the late night coding run smoothly. They talk of beer goggles and the beer scooter - well I'm trialing the beer coder. 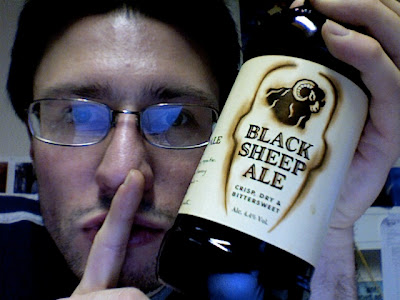 Email ThisBlogThis!Share to TwitterShare to FacebookShare to Pinterest
Labels: asteroid, PhD
Finally I felt the urge to try some arty photography. I've not done any for so long now, but desiring to play with my spark stick (used for lighting fires) rather than go to bed, I took these shots. 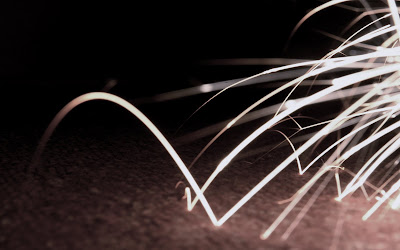 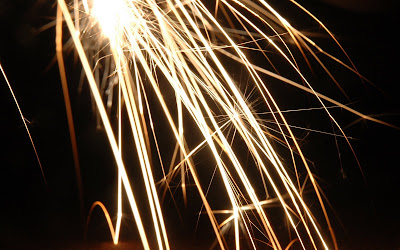 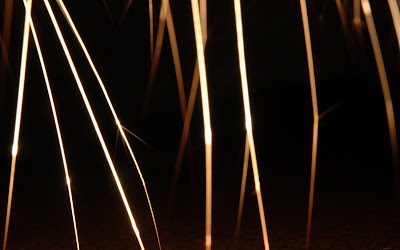 Here I struck the sparks above the lene to let them rain down.
Posted by Unknown at 16:01 0 comments