It was all going so well, I was really liking the gmail app. It was functional, usable, almost pretty, I even liked the grey - and that's something I usually complain about, but it made the small coloured labels really stand out and yet still somewhat subtle.
Now there is a mass of colour at the top of the screen which bleaches out my color receptors making the colour that I put there less visible. Those labels now obscure the email content preview for no reason leaving massive white space between emails. That space between the emails is delineated by such a thin pale line as to be almost invisible. All this means there are fewer emails visible on screen at any time.

Amusingly none of the issues I had with the old design have been addressed. There are no new features other than the round "new email" button. The side menu is still less than useful and the settings are non existent. I thought technology was supposed to adapt to us (or at least enable us to adapt it). Not any more.
Contrast? Anyone? Anyone? Google? Anyone? 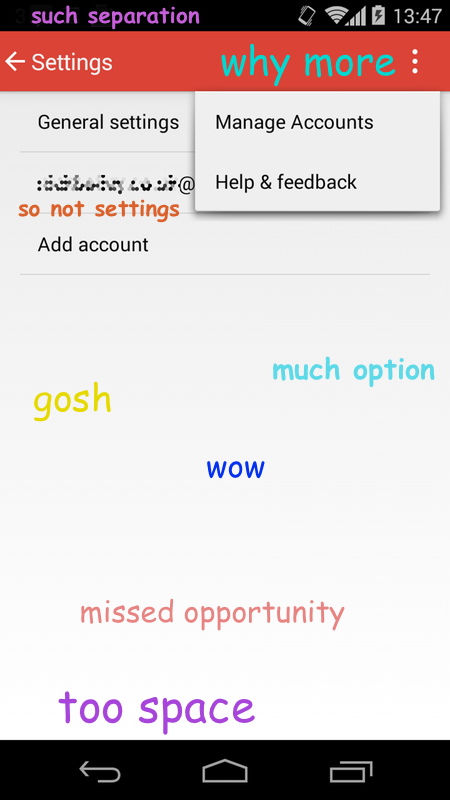