For those not familier with Kuti Pots, Kuti's Brasserie is the leading curry house in Southampton and his takeaway's come in the best quality plastic pots that you can buy (this is agreed by anoyne in the know). The pots last for ages and can be used as lunch boxes, freezer boxes, fridge boxes and hot water bottles (yes, they are water tight). Go and order a takeaway or buy in bulk.
2015-07-30
Posted by Unknown at 07:53 0 comments

Saw this on the new building next to my office. They've added an impressive amount and range of cycle parking stands. Perhaps this sign was left there due to its ironic appeal. 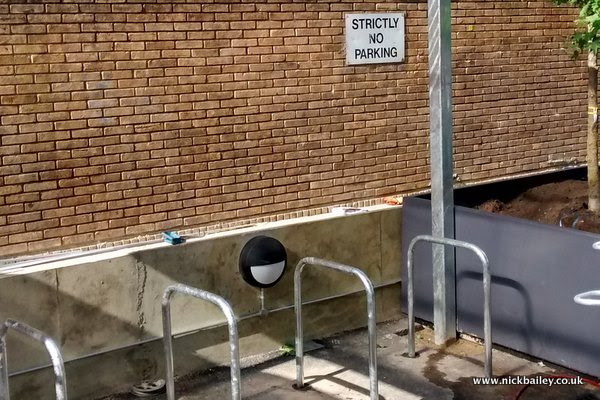 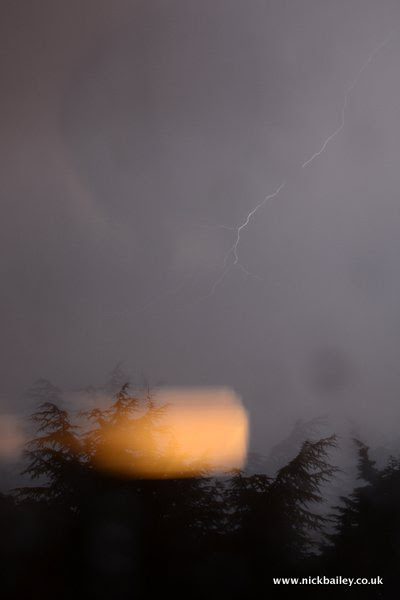 lightning through my window due to the rain 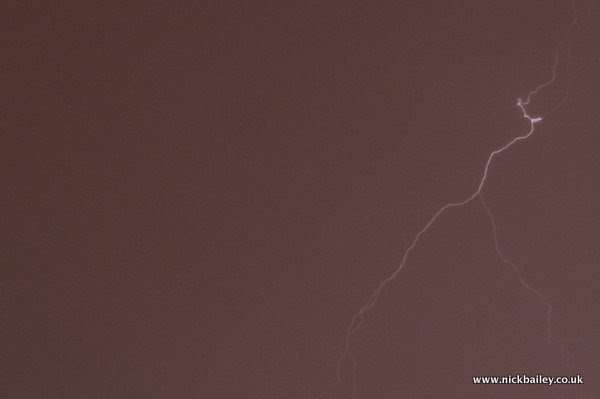 a bolt from the pink 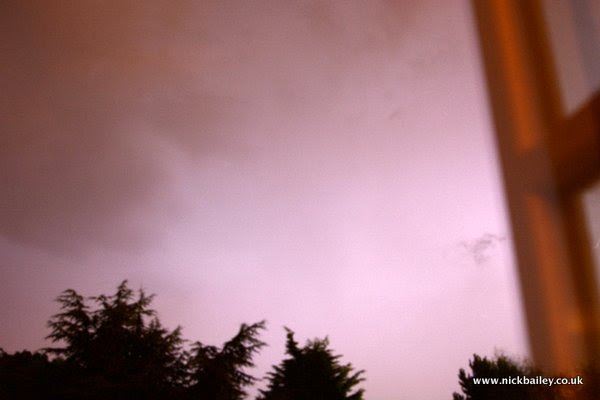 After the rain of last night this morning the garden smells utterly delicious.

It was hot outside this morning from the get-go. We are currently sleeping on my hand made bed in the second bedroom as Mr Sir has accidentally claimed our bedroom. One day we'll swap back, but I'm actually quite enjoying this as it's my first opportunity (other than with a migraine) to sleep in this bed. I designed it to be at the level of the windowsill meaning one can lie in bed and gaze out into the garden. This is rather lovely even if I do say so myself. It is also north facing, which should mean dark, but not in the summer up here at a latitude of 51 degrees as the sun rises over and smacks us full in the face, warming us awake if I've forgotten to put the blind down, which was the case this morning. 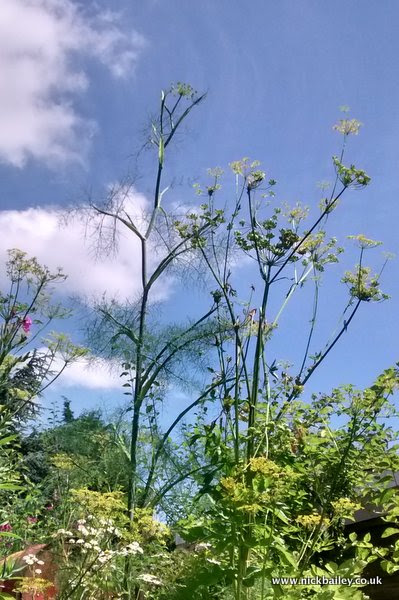 We ate breakfast inside as it was already hot and quite wet still in the garden. I stepped out to pick up the newspaper and the outside smelled of Scotland - that highlands fug you get in a secluded fern filled valley. It was a gorgeous scent. Now, a little later in the day I'm stilling out in the shade of the house gazing upon the garden (one of the few advantages of a north facing garden) and the smell has changed to develop a Mediterranean flavour. It could be the fennel, which is the tallest non-tree plant I've ever grown, or the mix of honeysuckles together with the moisture from earlier. But I'm transported to cliff top walks around the med or perhaps the south of France. Simply splendid and well worth savouring.
2015-07-04
Posted by Unknown at 11:09 0 comments