Picasa on my Mac

Today I finally deleted iPhoto from my Macbook Pro. My Mac is now free, set free from the horrid photo hell that was iPhoto.

What brought this on?

Because I now have Picasa on my mac.

You who the what now?

YES I can successfully run Google's gloriously free and super fantastic Picasa on my mac. I'll post a photo as proof shortly as well as details on how I achieved this feat.

Big! I mean really big. I don't think I've seen such a massive spider. Hopefully from this iCam photo you can grasp just how big this sucker is. Released to the wild safely I and confirm. 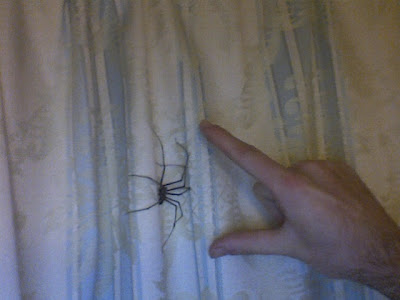 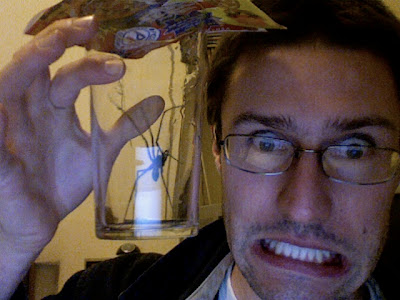 One big spider in a pint glass

Day Out with Mum 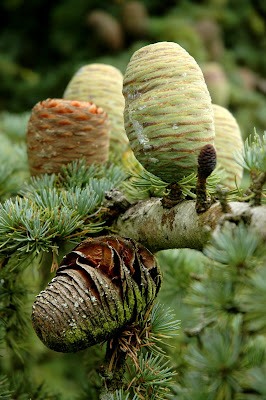 Some rather cool cedar cones 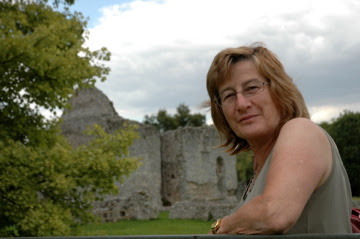 Landed in the Capital

Sitting in my 8th floor State Plaza Hotel room in downtown Washington DC things are pretty good. I flew in this afternoon from London Heathrow with United Airlines flight 919 on a Boeing 777. A very acceptable flight - my first time in a triple 7, I was staggered by the sense of space. Spiderman 3 was on the playlist which I'd not seen (and missed the middle as I nodded off) and my vegetarian meal was superb: a truly good curry.

ToP Advice: when booking a flight with meal options go for 'Indian Vegetarian'. For a start the veggie meals are better, having been specially prepared, but this was the best I've tasted. There was rice with two dishes - one aloo dahl and the other a vegetable curry. There was also a little naan bread, but not the highlight.

Our flight landed an hour early, so we made it to the hotel in good time. After a little rest and a great shower (which has a blissful 'massage' setting) John and I headed out to a diner for a burger + chips dinner. A good meal with nice veggie burger, but I was staggered by the salt content - they weren't even trying to hide the saltiness.

A little wonder round the streets and chatting to a few passers by and we were back at the hotel. Tomorrow I'm going to head to Mount Vernon Methodist Church to say hello to some of the friends I made when I was here back in March. But perhaps I might squeeze in another shower before bed... 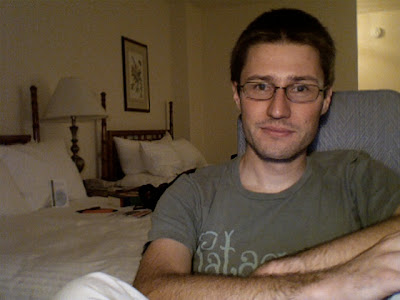 Chilling in my hotel room

Just a couple of shots from Greenbelt this year. I took my camera but wasn't feeling massively inspired on Monday to be taking shots, which was a shame as I wanted to practice shooting people. Here is some of the cool graffiti that people were drawing on some purpose built walls around the racecourse. 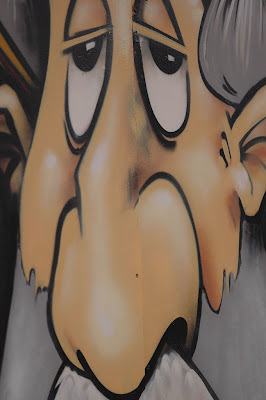 Graffiti appeared around the site 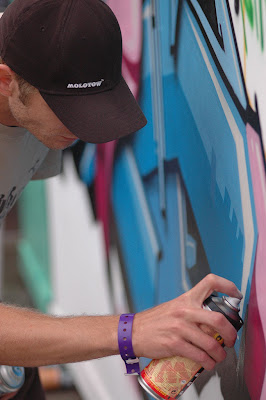 Cooler people than I were doing the graffiti