It's rainy and I'm working at home. Not the greatest of combinations. So I got out my camera and took a couple of shots with my macro lens. A macro lens makes everything better. 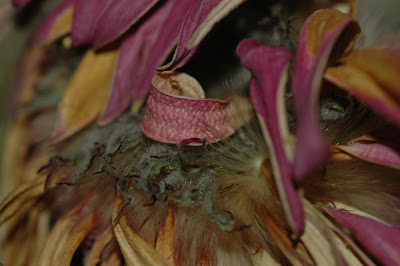 The dying remains of some flowers my Mum gave me 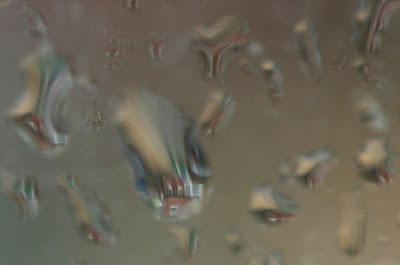 The house opposite through the rain on my window 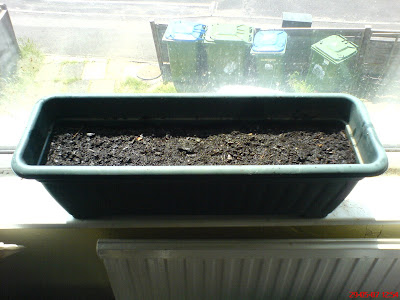 Yet more vegetables preparing to germinate on my windowsill.

I've got two rabbits living with me at University. It's a real pleasure to be able to have pets and I especially like rabbits - cute, lovable and just a little dim. My girl (Willow) lives in a hutch with run and the little chap (Barney) in a small hutch next to it. As I don't like to keep him cooped up (and as I've not yet had her spayed) I let him roam the garden in the day when I'm home. The great thing is that, as he fancies Willow he is quite content to simply lie about next to her and not run of. 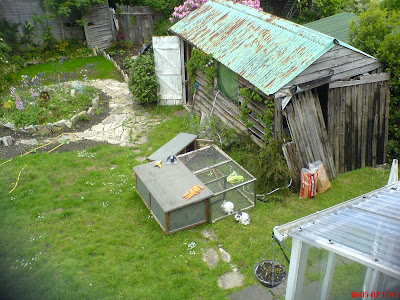 Miso soup is good. Miso soup tends to come with little bits of seaweed chopped up into it. It depends on the make as to how much and what quality you get. I'm usually quite excited by a small inch-square piece. But recently a friend's Mum brought me some seaweed back from Singapore, and this stuff is big, I mean really big. After soaking it expands to a completely ludicrous size and I then add it directly to a sachet of instant miso soup for some seriously souped-up seaweed. Nice. 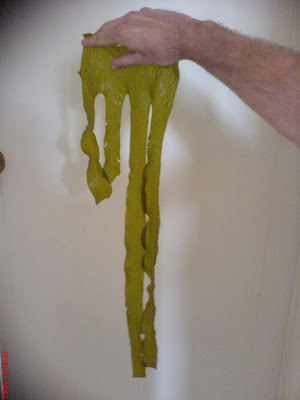 Now that's what I call seaweed

Here are a couple of photos of my little bunnies taken today. Cheryl helped me wash Barney in the afternoon and then gave him a full grooming. He doesn't entirely like the process but is very patient. Willow on the other hand was just being generally cute and loveable trying to win James over. 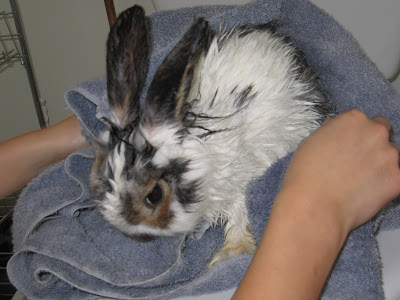 Barney having a rub down 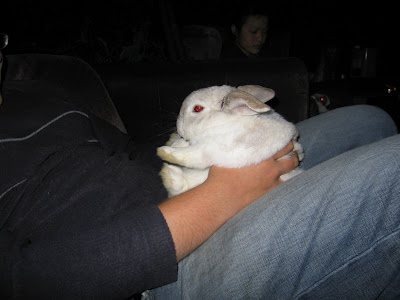 Willow in the hands of James
Posted by Unknown at 00:29 0 comments

Yes I am a vegetarian but today some friends on the Isle of Wight took me deep sea fishing. First we went out to a shallow sand bank or something and caught mackrel then went to some deep water to try for bigger fish which nobody managed to catch.

I caught nothing during the whole trip, but this was mostly my fault. In the mackrel grounds everyone was dropping a line with 4 hooks on and almost imediatly pulling out three or four mackrel. These were then tossed into a basket after being removed from the line (not always easy it seemed).

At first I wasn't prepaired to join in. I don't do killing much. But as I considered the situation I decided that if I could just catch one fish I could then hold it as it died and then eat it later. I wasn't really comfortable with the whole tossing copious amounts into a basket.

Unfortunately just as I was ready to try this and ask for a line with just the one hook (I really didn't want to risk killing 4 of the little chaps) we were told to raise our lines and we moved on for the bigger fish. For these we used bait and a single hook so for the full 3ish hours I did try and catch something as I was prepaired to kill and eat the one. But nothing took. So I came away empty.

Actually this makes me feel good. I tried and lost. It was a risk and I spent energy and came away with nothing (I could have gathered far more vegetables with that energy). But I do feel anoyed that I didn't give it a go with the mackrel just to see if I could have coped with it dying in me hands (though the experience of Roo, my rabbit, dying in my arms last year I used as preparation). It would have then been an interesting experience cooking and eating it.