Yet another problem with your shit code. iPhoto won't let me import a folder that is presently in the Library folder. You might think this a strange request (by the look of your code you evidently don't think much about those who might want to actually use your program). Owing to the fact that I can't import shots from my camera into more than one folder at once (you fools), I've had to import all the photos from two days into one Library folder. So naturally I want to split this folder into two.

Can I do this in the iPhoto library window? No. Of course not! That would be far to useful.

So I pop along to the Library folder in Pictures and manually split the folder in two. So now back in iPhoto what do I see? Can you guess? Why look - there is the old 'roll' with both days of photos in - but I've removed that folder so where are these images been taken from? Who knows. I doubt you could rub any brain cells together and find out, but we all live in hope.

Come on people? Is Apple, the makers of OSX (quite a nice bit of software) really employing a bunch of monkeys at typewriters like your selves.

You need people like me to beta test your software and point out these blatant shortfalls in the code.


I hate iPhoto, iPhoto, Photographs
Posted by Unknown at 01:42 0 comments

My Suggestion Email to Picasa

I've just though of a funky suggestion for Picasa that I think you might like. I've been thinking about this feature for a while but have just realised how to achieve it. I realised this from using iPhoto which has the feature to select multiple photos and view them side by side. Naturally, being iPhoto (which is a pile of poo compared to Picasa - I can't tell you how lost I am without Picasa on my mac and how desperate I am for you to make it mac compatible) the feature is wildly underused - there is simply no point made of this feature in iPhoto other than to go 'hmm, I prefer that one'.

So my suggestion for Picasa... Now I'd like to suggest that by reading my following suggestion you agree to make Picasa for Mac (please please please), but I doubt I can get away with . So here it is anyway:

Have a comparison feature... but for the same image - "ahhhhh" you exclaim, followed by "eah?". Right. So it's all very well to have a comparison feature for two or more shots - I frequently take more than one of the same scene and like to flick back and forth to see which I like best, thus displaying two shots together might help with this. But what I've always wanted to do in Picasa is to take the same photograph down two different avenues and then compare them. You have the lovely abilty to undo different layers (which stupid iPhoto doesn't have), but if you add some cunning layer path (which would show the order of the layers that you've added, like a layer history :) ) you can easily switch between different stages of your tweaking. Then, however, the even more cunning aspect would be to include the function to add a split in the history giving the ability to take the same photo down different paths and then compare them. How cool would that be? :)

Well blow me down. There I was just lamenting the lack of a delete key on my Mac when I suddenly though "hold on, if I were able to I'd give the backspace key a second role - that of delete".

And you know what...

It's just not the same without Picasa. I love Picasa. But there is no Picasa for the Mac. :(

Photo blogging is so much more fun with Picasa, and simply scrolling through all the photo's I've taken is just better than it is with stupid iPhoto. iPhoto is all slow, and restrictive and not fun.

Please Google, will you make Picasa for my Mac.

Picasa
Posted by Unknown at 01:05 0 comments

A pink rose at Mottisfont Abbey 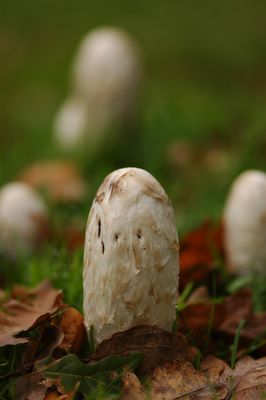 A nice mushroom I took last year near Marwell Zoo.