This weekend we have a cat on loan while the owner is away for a few days. It is Dr K's first cat experience and so far has mostly been a positive one. It helps that this little chap is pretty darn friendly and other than being occasionally bitey is content to curl up and fall asleep under a leg or arm. 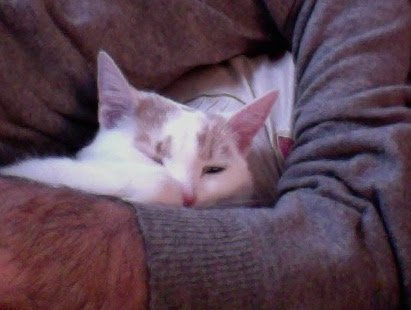 Email ThisBlogThis!Share to TwitterShare to FacebookShare to Pinterest
Labels: nature

The radio is abuzz with reports of snow in the North. I checked the radar and apparently there was rain everywhere, but I looked outside and could optimistically describe the ground a mildly damp at best. But looking up I spotted this rather lovely cloud underbelly like globules of Malachite. A few flakes of snow were drifting down but not enough to worry about here in the flat lands. 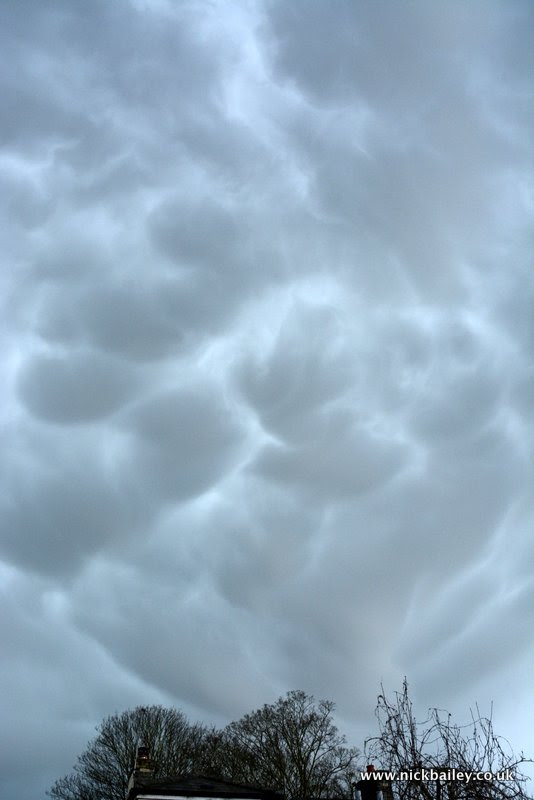 After a conversation in the office I wondered if there was a way to determine which programming language was most appropriate for me. I found this, which is not quite what I was looking for and didn't really do the job, but gave the following fun result:

Which Programming Language are You?
What I was actually after was something that asked non-technical questions yet achieved a technical result. So for example something along the lines of "what are your attitudes to cleaning:"

And the result might be that because you clean up as you go, C++ is best because you'll just love the manual memory management. Anyone heard of this or want to create it then let me know.
2015-01-27
Posted by Unknown at 14:07 0 comments

Desktop 1 or Desktop 2? They both look so tempting in Mission Control on #yosemite

I really enjoy having my best photography images as my desktop backgrounds, and this is especially enhanced on my Mac now that I'm running Yosemite.

and in related news... #wondersofscience

For some untold reason I stepped over the threshold and into the mouth of the beast which is Buisness Insider. I won't do that again in a hurry.

While there I was amused by these two clickbaity headlines side by side: 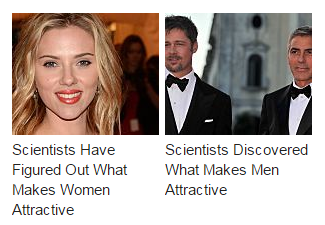 Almost as if they could somehow be realated...

For completeness I should link them, but I don't reccomend clicking these links.
First up: "Scientists" have "apparently" "discovered" what makes women attractive, and if that's not enough, here is what those "scientists" (or perhaps different ones) have discovered about make attractiveness. 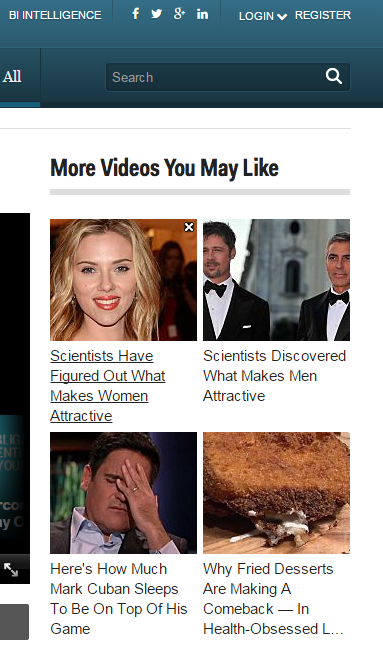 I'm going to go and rinse my eye in some salt water now.

My first ever view of Mercury (just next to Venus). #astrophotography

For the first time this evening I saw Mercury. Dr K was gazing out of the window enjoying the rich deep blue of the evening sky with silhouetted tree branches when we spotted the planet peaking out from behind a tree trunk. A quick check on Heavens Above revealed it to be Venus as expected, but also showed that there should be Mercury close by. I've never seen Mercury before so was keen to have a look. From our vantage point indoors we couldn't spot it, but just along the road there was a slither of sky free from trees and sure enough, just to the right of Venus was a smaller spot - Mercury. Dr K suggested it seemed redder than Venus, and is certainly an order of magnitude less bright. I nipped in to get my camera and captured these slightly shaky photos below. For an interesting listen regarding Venus then download the BBC Inside Science podcast which I was listening to just last night. 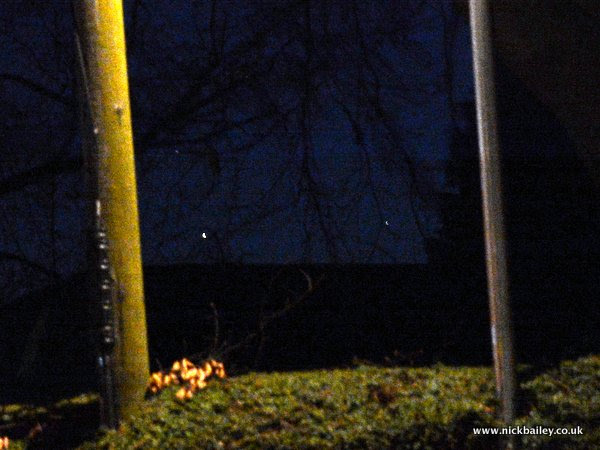 Venus and Mercury in context of the surrounding shrubberies 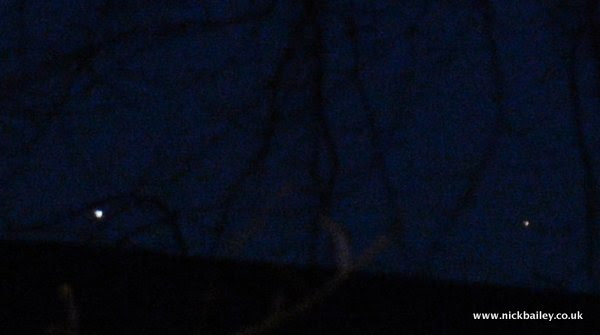 Venus and Mercury low in the evening sky 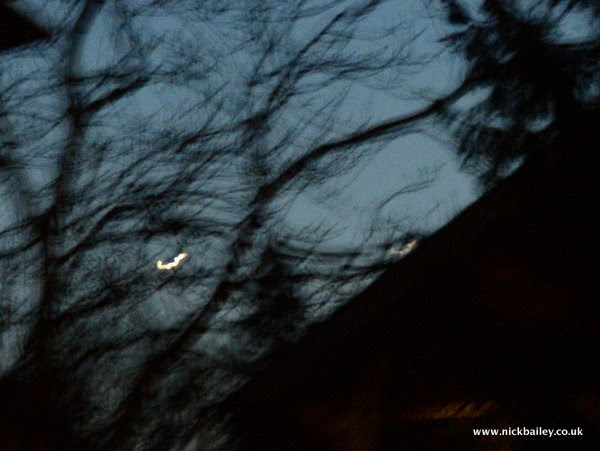 Email ThisBlogThis!Share to TwitterShare to FacebookShare to Pinterest
Labels: astrophotography

I fear rocket will be our only greens this winter.

I tried to sow some winter greens a tad late in the autumn and it seems that only the rocket made it. I did find a couple of kale seedlings and had a few survive from the spring, but largely it's rocket that has won the winter greens race this year. Very sad I have no purple sprouting this year. 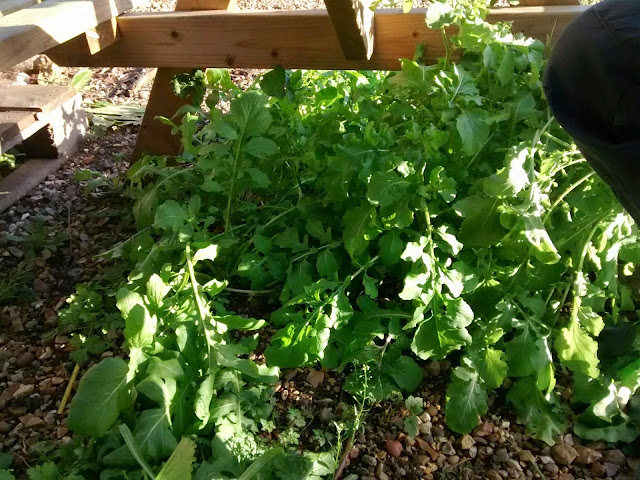 Email ThisBlogThis!Share to TwitterShare to FacebookShare to Pinterest
Labels: gardening

It has been a good year full of adventures and the prospect of future change which Ive not really mentioned. All the best and see you next year.
2014-12-31
Posted by Unknown at 00:00 0 comments