Today I heard the sad news that our beloved family friend who married me died this morning. He was my minister when I grew up in Cheltenham and I shall always remember him for his Christmas services which included a magic trick which sometimes went drastically wrong. He was a wonderful man and I was so lucky to have him preside over my wedding service. 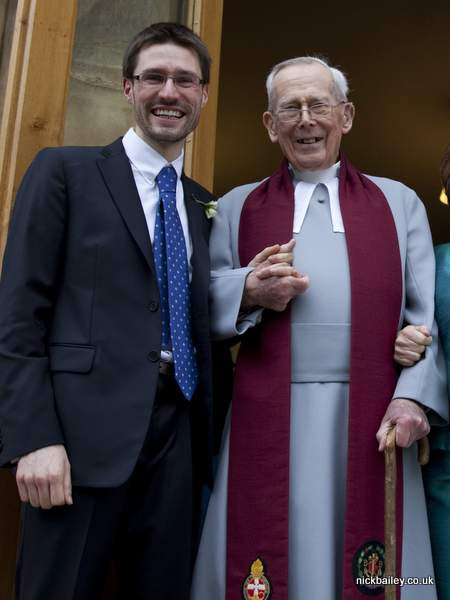 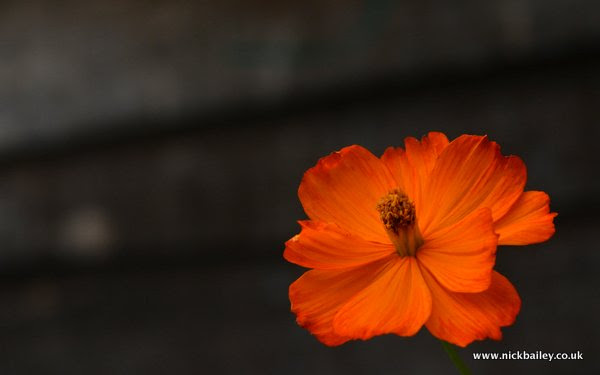 My thoughts on #bullying, #CyberBullying (Re: #gamergate) following #OnTheGrid episode 86

A few things have just conspired to wake me up in the middle of the night to write this post. During the day I overheard a conversation at work regarding the issue or non-issue of online death threats, in particular those coming from the gaming community where killing is essentially 'the norm'. My sideline reaction was that no death threats are ever acceptable, but then again there is a flaky line (if any) between an annoyed tweet at, say, a company for designing of a shit product and an "innocent" tweet like those that have landed some of our political class in hot water. And I don't feel comfortable with the police being able to knock at my door simply for tweeting something 'wrong'. Furthermore in this online world of language it is very difficult to convey sentiment, harder still when limited by the character length. How you read anything is going to be shaped by who you are and how you're feeling. In my minds ear when I read emails from people they often sound happy and I can easily miss conveyed annoyance in emails. Meanwhile many a friend has told me that I'm passive aggressive and that that is a bad thing (which it probably is).

Tonight I was listening to On The Grid, a podcast by three US designers who have a weekly chat which they allow you to download. I've been listening in for a few months yet still have no idea who they are, what they do or really what they mean by 'designers'. However, it;s a good listen and usually interesting to hear different people's points of view. This week, doubly so. Firstly they mentioned that the geniuses at Lockheed Martin happen to have made a good step towards making Fusion a reality. Half crazy awesome, half utter disappointment that a single US company will essentially own and completely profit from clean energy. The chat then moved on to discuss what's been called GamerGate - something to do with some shitty online trolls trolling some female gamers and journalists to the point of exposing their personal details and issuing various hideous threats. This reminded me of the conversation overheard earlier.

As I listened I gradually realized that this online behaviour is indeed horrendous, and what's more is that I should know - essentially I suffered years of the same thing at School (IRL if you like). This is bullying, plain and simple. As the guys talked they considered why such small sub-groups might become the target of such bullying. This then made me re-consider why I also became the target of school bullying. I'm not suggesting that my experiences are equivalent, but I was increasingly struck at the similarities of the scenarios.

A few other recent thoughts and listenings gradually bubbled up in my mind. Earlier this week I'd caught an episode of The Museum of Curiosity on BBC Radio 4 on which the fabulous Sandi Toksvig expounded that written language had essentially been the downfall of female-lead societies and the oral storytelling traditions. In particular it was the mono-task-optimised nature of written language that favours the male brain which enabled men to triumph over women. At which point I wave my hand as man with a rather more a female than 'typical' male brain (I can multitask but I can not mono-task) and also a dyslexic (which must contribute to my mutli-tasking skill-set). Could it actually be this that was at the heart of the reason I was bullied? I admit that I was different in other ways - I was small, hated fashion, hit puberty late, had a high pitched voice, etc. But more than that: I didn't think like these men did. And so, perhaps naturally to them, they didn't like me. I didn't fit their pattern, didn't follow their male rules, didn't obey their un-written law, didn't fit in. Was this the root of the cause - almost as if I was destined to be bullied given the conditions? I naturally did my own thing as my brain worked and automatically stood out, thus becoming a (natural?) target. I wasn't trying to be different, I simply was different.

How does this relate to these recent online death threats? It seems to me that in the offline world I stand out in a way that I don't online. I'm increasingly realizing that I am a minority female-thinker in a largely male dominated society and industry, although I like to see this as an asset. Whereas online I am somehow more male. On consideration I feel that this must be largely down to my key visible identifiers - name: 'Nick', prefix: Dr*, website: I have one and again it's my male name, and photo icon: a male shot (taken by a male friend). To the wider world I am more male online than I am offline. Whereas online, these actual female writers and gamers' visibility is very much female. They are exactly what I was to my bullies - standing out. Perhaps it could be said that these women pose some inherent threat to the trolls' way of thinking, to their norm, and so they react by spewing out their hate. But I fear it could be more simply along the lines of mono-tasking men not liking free thinkers preferring to stick with like-minded mono-taskers who line up in a nice mono-line, playing the unwritten game which follows the unwritten (but otherwise linguistic) law of "follow the leader". Look at the other side of the coin - those women who do 'make it to the top' of big business or finance. How many of them are classical feminine thinkers? Similarly are they any feminine thinking men like myself attaining those top jobs? I suspect not.

But is there any specific nuance to gamer-land or the online world? Where was I in all this?

Although I game on and off I don't very much feel part of the gaming community, nor do I claim to understand their mood (I mostly enjoy a solo flight sim). But I suspect that I would find a lot of my former bullies (or their cronies) hanging out there because it's an environment in which fighting is encouraged and winning at fighting is rewarded. How would this not tend to encourage that flavour of humanity? When I do play shooty games I feel those parts of me light up and get excited. Though please note that I am definitely not saying that gaming leads to gun shootings**. So put a women in there who has flagrant disregard for etiquette (akin to me saying "sorry" for 'excuse me' rather than "wha-" at school) and they'll stand out like a beacon for all those zombies to throw stones at. Again, I'm not saying that women can't join in or can't play games etc. And neither am I saying that these women should keep quiet or that they are deliberately asking for the hate. No, it just seems to me that it is intrinsic response to a clash between such personality types. However, the secrecy of the internet makes it all that much easier for those at the nasty and cruel end of the spectrum to make use of their powers for evil. And whats more: they can get away with so easily - where are the teachers patrolling the corridors?

How does one deal with bullying? How does a school deal with bullying? Actually... has any school actually dealt with bullying?... The only way I can see this happening is to make it unacceptable by the masses and then get those masses to take a stand. OK that's hard when people are lazy. I can't even encourage colleagues to recycle plastic at work. So why do uninterested third parties at school ever step in to stop a bully? In the street passers by rarely break up fights and happily stand by as thieves steal bikes in broad daylight. But my idealism makes me think it must be possible to engender public sentiment to find a collective threshold of acceptability and thus define some limits or natural blocks.

Back to the podcast, and they talked through a few ways in which to design a regulating system though concluded that even if designed to the best intentions, such systems would probably fail. However, their last suggestion took the problem of SPAM - an issue that ten years ago was horrendous yet now practically non-existent. While listening my brain was whirring away trying to consider how a simple up-vote/down-vote system could be applied to twitter feeds based on the sentiment of messages posted. If people on the whole think a user is an idiot then perhaps their voice might gradually sink down a vortex making their opinion less and less important. Of course this threatens the freedom of the internet. So perhaps the positive opposite? All the majority nice people act a natural human shields or, better still, antibodies taking out individual hate-tweets and generally keeping the playground litter free.

OK. So I don't have any cunning solution, at least not yet, but I would love to be involved in coming up with them. I feel I offer not a unique insight, but the minority viewpoint of a female-brained-male. Sadly all I can feasibly do it seems is write in this largely unread backwater of the web and hope that others with stronger voices happen to share my view and speak up. I could try and take direct action - finding these nasty trolls and tweeting only to all their followers telling them to stop following trolls (i.e. cut off their supply of reassurance (remember how bullies always have a gang - remove the gang and bullies look pathetic)).

I really don't know, but I did find it fascinating all these interweaving metaphors between the online and offline worlds. I guess it's nothing unusual, just look at how much the House Of Commons looks like a kids playgroup at times. Please share your thoughts with me by email or tweet @drnickbailey.

Gah! What a horrible spelling. Not helped by me trying to instinctively put in a 'q' for very little reason indeed. Made worse by Google not being able to give me a sensible spelling correction from "awquard" only "jacquard".

This little chap was lurking on top of last years leaf mould. 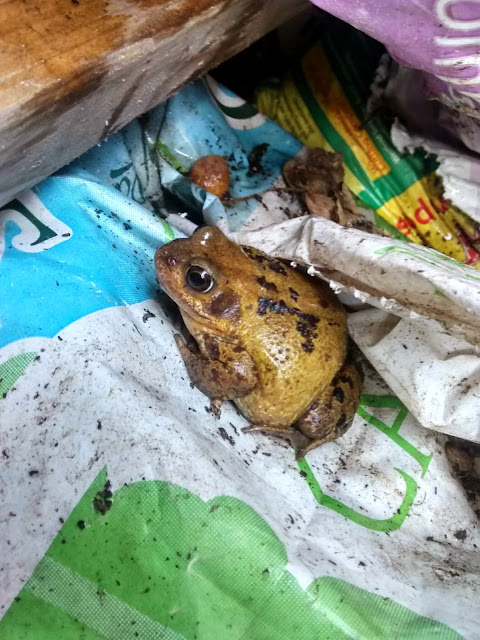 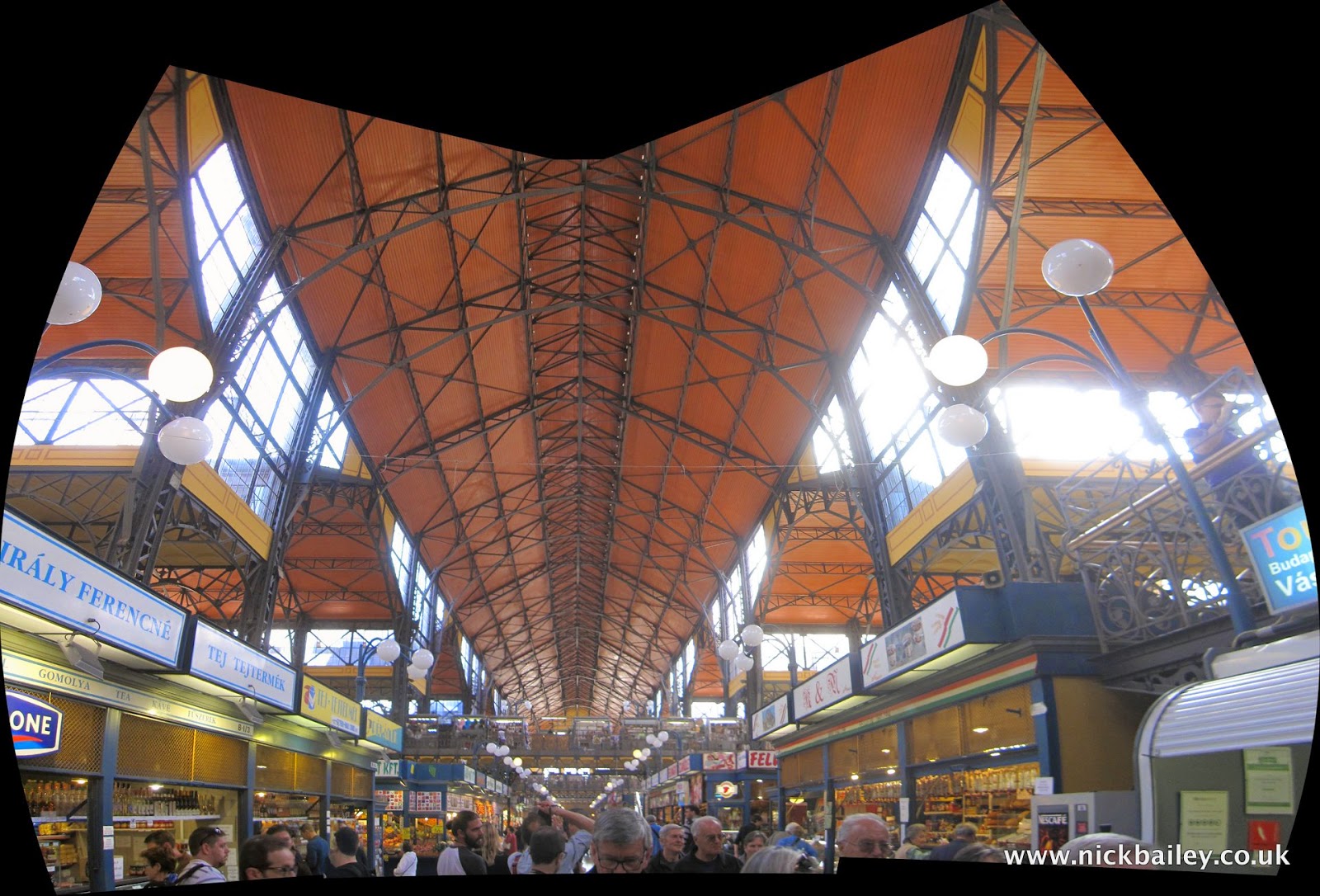